3 years ago our founder, Sara Venn, was invited to a meeting with owners of Bearpit Social and then members of the Bearpit Improvement Group, to discuss the possibility of Incredible Edible Bristol designing and supporting the planting aspect of the work that was ongoing in the Bearpit. At that time there was still lots of physical change ongoing in the space and it was actually in 2016 that we finally managed to get spades in the ground and began the project.

As with all the projects we work on we are 100{2f2874fc6125dd5cf7bd0be296e4e150855e421b2444f8743791b81c4b31d296} committed to the garden in the Bearpit but times down there, as written across much of Bristol’s press right now, are very hard. Drugs, addiction and sexual predation are all an everyday part of a day in the Bearpit, and due to this we have struggled to recruit and maintain volunteers in the space over the last year, and particularly so since the spice epidemic began. We can no longer leave our volunteer co-ordinator in the space alone so we have to commit to there being at least one other, if not two, of our steering group in the space, limiting work on other projects. 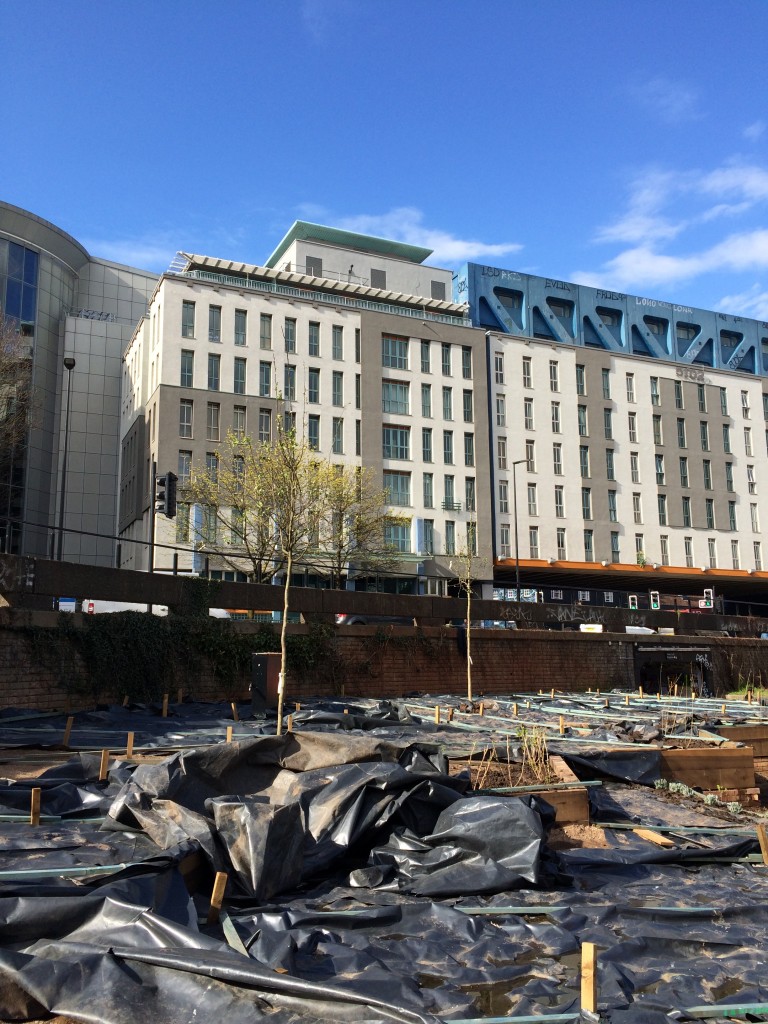 Last year we began to ask our amazing volunteers what they loved about the space and what they didn’t. These volunteers ranged in age from 7 to 70 and were from a diverse range of Bristol communities and it was particularly interesting to hear what younger people had to say. There was astonishment from an 8 year old that is was deemed acceptable to write words she wasn’t allowed to say on the walls in the space and she openly said that made her uncomfortable. We had several teenagers comment on the darkness of some of the imagery in the space. Several people mentioned that the toilets seemed to be very busy with drug dealing despite the fact there was a member of council staff in there.

Whilst all this was going on the garden has had much attention from both the UK and internationally. Last February the wonderful ladies from Bloom Fringe in Dublin came to spend the day with us in the Bearpit and later in the year Sara visited Dublin and supported the ladies to turn a space in Dublin very similar to the Bearpit, into a garden for a day, bringing together the Dublin community through the poor of a garden. Visitors from Norway were astounded by what they saw had been created and after a tour of lots of food related places deemed the Bearpit to be their favourite. The garden has been acknowledged by the UK gardening community too, with interest from landscape architects and their students. 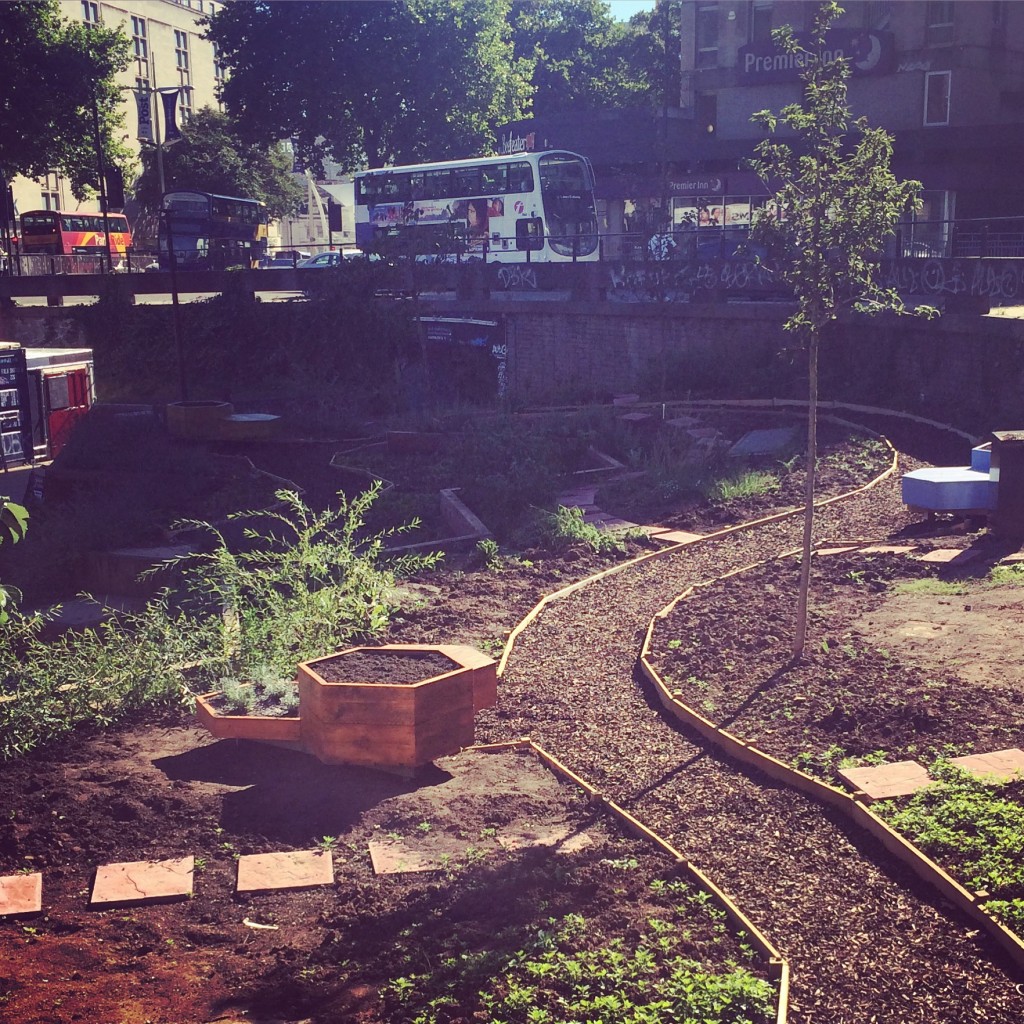 Whilst in our first year in the Bearpit we had a small pot of funding from Bristol City Council, of which we only used half, last year that funding dried up and the project continued through donations and the ongoing support of volunteers. We were given an entire garden of plants from a friend of the project who had designed a garden at RHS Tatton. We were donated bulbs and seeds from Almondsbury Garden Centre and we muddled along, happily making what we knew was becoming a extraordinary space. and most importantly we worked alongside the businesses to make this happen.

Now we find ourselves in the saddest situation. Thousands, literally, of volunteer hours have gone into the Bearpit Garden. Costed at the volunteer rate of £11.06 the hours equate to a match fund from Incredible Edible Bristol to the garden of nearly £25,000. If we had employed people to make and work on the garden that figure would be double at least. Our founder, horticulturalist and designer Sara spent hundreds of volunteer hours designing the space and working on the plan to bring that to reality, firstly with the Bearpit Improvement Group, and then, as we felt it inappropriate for us to be on a strategic board when we were in delivery mode, working with the other organisations in the space. To quote Sara, “The Bearpit Garden will always be the most meaningful project I have ever worked on.” 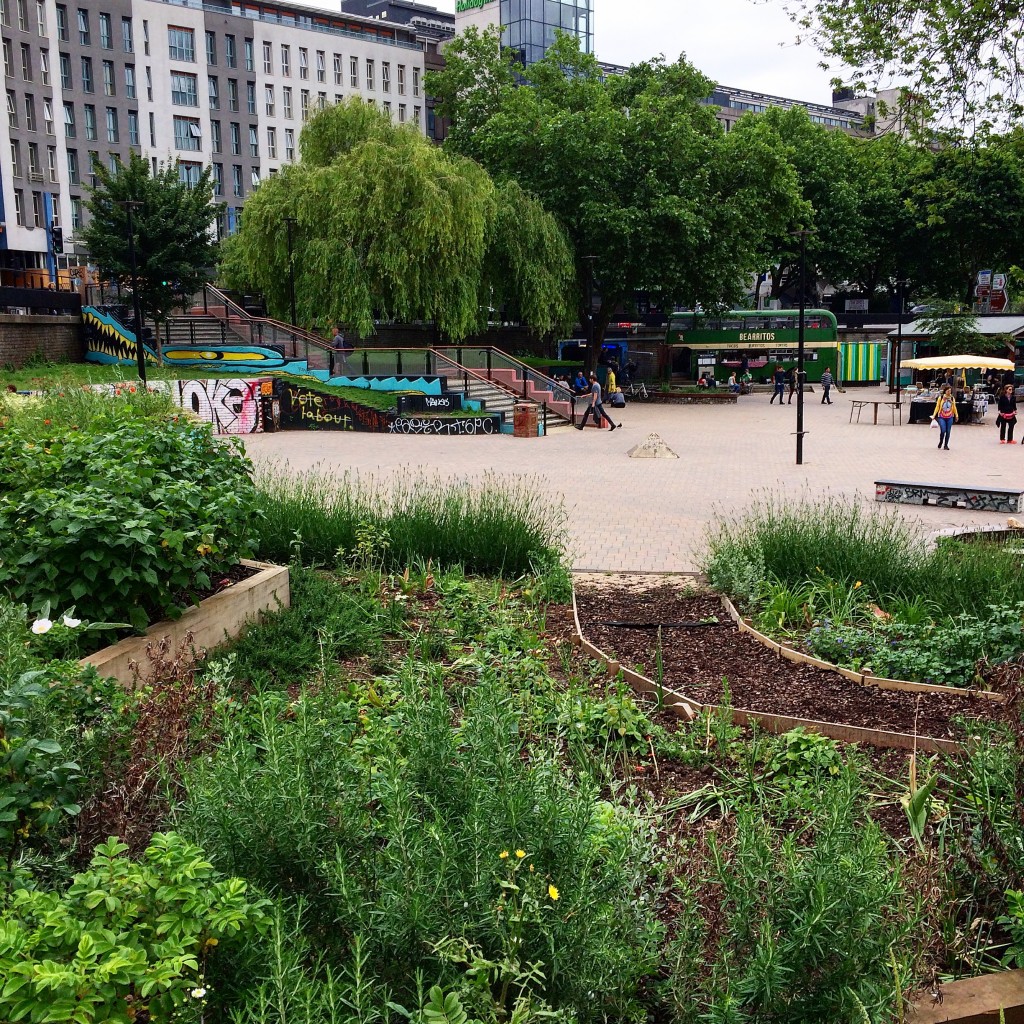 But as you will all understand we have to ensure the safety of our volunteers above everything else and so we await to see what the landlord, Bristol city Council, along with the police and other agencies do following the announcement from the businesses that without significant change and policy around the space, their time must be limited. those businesses support the safety of the space, from dusk until dawn, and without them there it would be a far darker place where we cannot imagine volunteers from across the city would feel safe.

At that meeting 3 years ago we spoke about creating a safe and inclusive space for the whole city. A space in which everyone was welcome and no one judged as long as their behaviour was acceptable. A space where greening would play a huge role in supporting a calm, productive and beautiful city centre. We hope that vision can finally be realised and are excited about moving the garden forwards………

And if you want to get involved, get in touch. Our next work party is Thursday 24th between and 11 and 3. We would love to see you there! 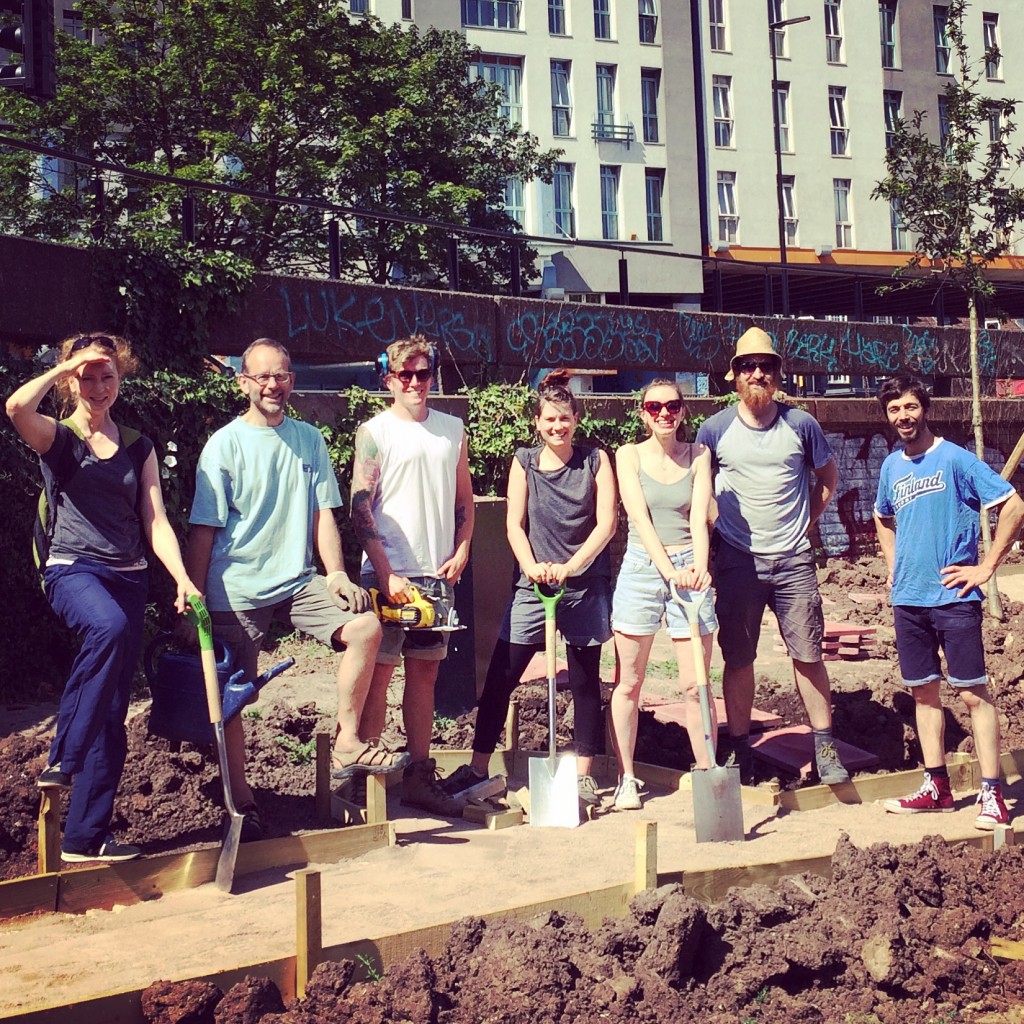 View all posts by Sara Venn →