The decisions around what to plant into this garden were taken looking making it productive for 2015 as well as looking beyond this year and into the future. The backbone of the garden are the 2 apple trees, and the perennial fruit and vegetable plants which will remain in place and productive for many years to come. However, it was also necessary to ensure productivity for this year whilst the perennial plants are young and concentrating on putting roots out into the soil rather than cropping so we also added some annual vegetables as well as some edible flowers to fill in the gaps as it were. The edible flowers will self seed and so become a yearly part of the garden too. 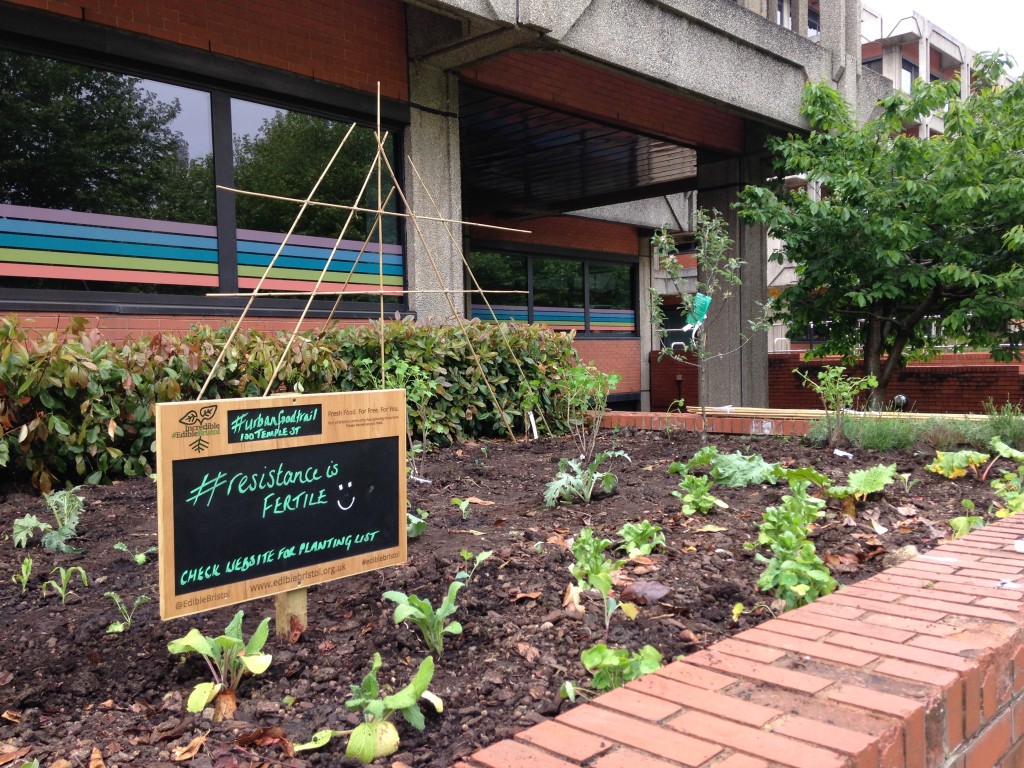